High power laser diodes (>10 Watts) are available at wavelengths from the near infrared through roughly the 2000nm region. The most common devices are in the range of 808nm through 980nm. Common uses of high power laser diodes include the pumping of the gain medium in solid state lasers, fiber laser pumping and seeding, materials processing, medical and security sensing applications. They offer good electrical to optical efficiency of approximately 50%. Packaging styles vary widely from fiber coupled modules to copper bar mounts. This short article is intended to help researchers and engineers who are new to high power laser diodes understand some of the basic terminology as well as the most common packaging types and technologies. There is a list which gives some general pricing information so that you have an understanding of what a particular type of laser might cost as well as a list of all of the high power laser manufacturers.

For an in depth article on the technology and physics’ principles underlying laser diodes, please refer to the article “A Technical Introduction to Laser Diodes”. In summary, a laser diode is a semiconductor device made of two different materials. One is a P material and the other an N material. Common laser diode materials include indium, gallium, arsenide and phosphide. The P and N materials are sandwiched together and when a forward electrical bias is applied across the P-N junction, this electrical bias causes the respective holes and electrons from opposite sides of the P-N junction to combine. This combination releases a photon in the process of each combination. The P-N junction surface area has a finish similar to a mirror. This is referred to as a cavity. As the photons are released, they propagate along the cavity and out through a facet or facets. For the purposes of this article, we have chosen > 10 watts of output power as the definition of “high power”. But the term high power is of course subjective and is relative to the common output power available at a given wavelength or device type.

Common uses of high power laser diodes include the pumping of the gain medium in solid state lasers, fiber laser pumping and seeding, materials processing, medical and security sensing applications. Here is a guide to the wavelengths that are most commonly used in each of these applications:

(DPSS) SOLID STATE LASER PUMPS: A diode pumped solid state laser, DPSS laser, uses a high power laser diode to optically pump a laser gain medium. The gain medium is typically a crystal. The crystal is synthetically produced because of the required purity of the material and doping requirements. Common crystals include ND:YAG (and TI:Sapphire being most common ones.

FIBER LASER PUMPS: Fiber lasers utilize a high power laser in the 910nm to 980nm range to excite ions in rare earth elements such as ytterbium or erbium which have been doped into fiber. The doped fiber then generates photons at longer wavelengths (in the infrared) propagating through the fiber itself.

MEDICAL LASERS AND DIRECT DIODE MATERIALS PROCESSING SOURCES: Aesthetic and medical lasers are most often based on either a direct diode device or a DPSS laser device. Some of the common direct diode wavelengths include:

In general, single emitter laser diodes offer up to roughly 12 watts of optical output power. To get higher power levels, two packaging approaches are used to combine multiple single emitter beams into one single high power output beam. These two approaches are bars and multi-single chip emitter modules. The terms “bar” and “array” are typically interchangeable. Both of these technology and packaging approaches have their advantages and disadvantages. But over the past few years, multi-single chip emitter modules have become increasingly more common due to the lower manufacturing costs and a perception that they may offer better long term reliability.

The first approach mentioned above is to mount multiple single emitter semiconductor laser diode chips onto a bar in parallel with one another. These are most commonly referred to as “bars” or “arrays”. The term “stack” usually refers to multiple bars physically and electrically stacked vertically or horizontally together to reach much higher power levels than a single bar can achieve. The laser diode chips mounted onto the bar are electrically biased in parallel with one another. For example, an 80 watt output 985 nm bar might have 19 single emitters mounted next to each other. This device will require roughly 90 amps (~ 4.8 amps each) of current and 2 volts of compliance voltage. The 90 amps of current is split equally to provide each of the laser diodes sufficient operating current. Two volts is required to bias the entire bar. The beams can then be combined using a collimating lens assembly as well as other methods. The bar device can then be packaged into a fiber coupled module, or is offered "as is" as a copper mount assembly.

Because there is not much price information for high power laser diodes available online, it can be quite difficult to get a budgetary idea of how much a particular type of device might cost. In order to help, we put together a short list to help you at least figure out how much a “class” of laser diode might cost. This list is a rough guide of pricing by package style and output power for 808, 915, 940, 980nm devices. Please note that as the output power gets higher, the price delta from manufacturer to manufacturer tends to increase greatly. It’s common to get price differences of well over 50% depending on the manufacturer.

The second package type is an “advanced” module. The advanced module is in a larger footprint package that includes options such as integrated cooling, a pilot laser and a monitor photodiode as well as other available features. The advanced module can house a fiber coupled bar (see section above) or can be a multi-single chip emitter device. It’s intended more for low volume customers who need the additional module features for their applications:

Please note that unlike most low power laser diodes, prices for comparable high power devices will vary a lot (sometimes by a factor of 2 or more) by manufacturer. This is why the range of prices shown below is large. 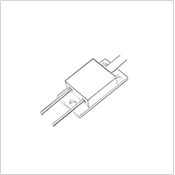 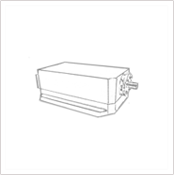 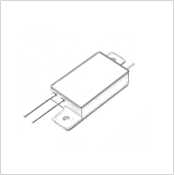 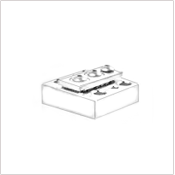 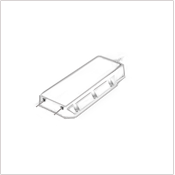 LaserDiodeSource.com, part of the Laser Lab Source group, works with industry leading high power laser diode and high power laser control instrument manufacturers to supply Pre-Configured systems for R&D applications. Standard systems are shown below. If you don't see the exact wavelength & power that you need, please email us your desired power and wavelength and we will get you a quote.